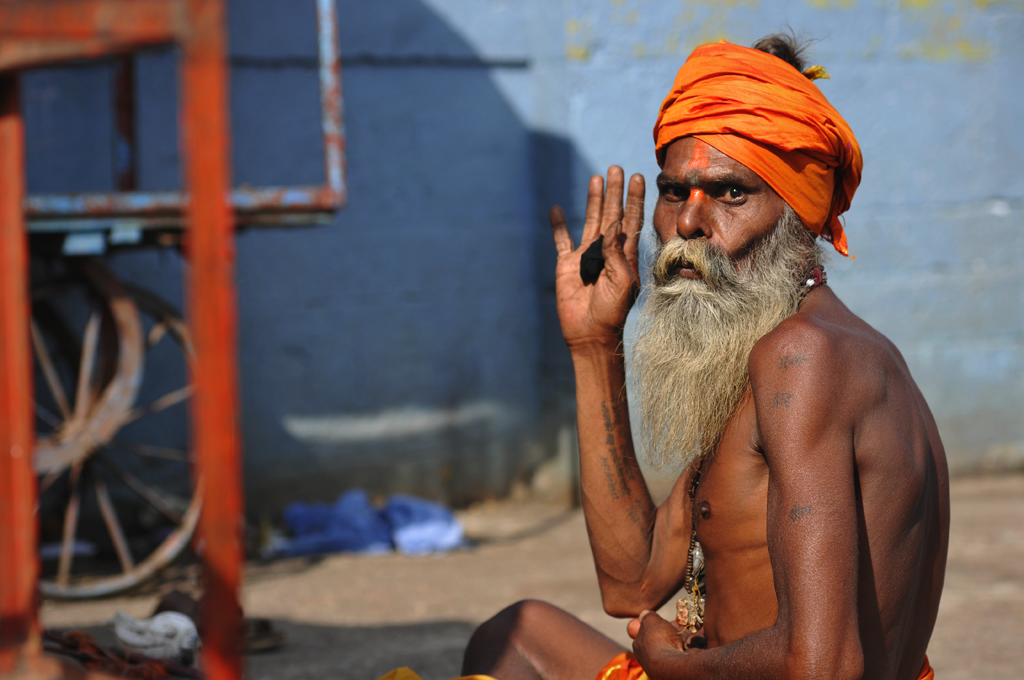 This is a photo of a sadhu in Nashik, Maharashtra, India.

Standing on the Godavari, one of India's holiest rivers, the photographer Kristian Bertel has captured Nashik in photos. Also known as Nasik, it is the kind of town where you cannot walk more than a couple of steps without tripping over yet another exotic temple or colorful building.

Hindu epic Ramayana
Kristian Bertel, a travel photographer from Denmark ventured to the city of Nashik. A city in the western part of India in the state of Maharashtra and ninth most populous city in India. Nashik is the third largest city in Maharashtra after Mumbai and Pune. In terms of area it is second largest city behind Mumbai. It is an absorbing and exiting place and has many associations with the Hindu epic Ramayana. Lord Rama and his wife Sita were exiled here and it is where Lakshmana hit off the nasika, which means nose, of Ravana's sister, this giving the city's name. Nashik also serves as a base for pilgrims visiting Trimbak and Shirdi, birthplace of the original Sai Baba. Every twelve year Nashik plays host to the Kumbh Mela, the largest religious gathering on earth.

Located on the Godavari River
Nashik is said to be the abode of Lord Rama during his fourteen years in exile here. It is located on the banks of the Godavari which originates in the south-west of the city at Trimbakeshwar. It is one of the four places in the world where the Kumbh Mela is held making it one of the holiest Hindu cities. The city is a site for more than 100 ancient temples including the Kalaram Temple and Trimbakeshwar Shiva Temple. 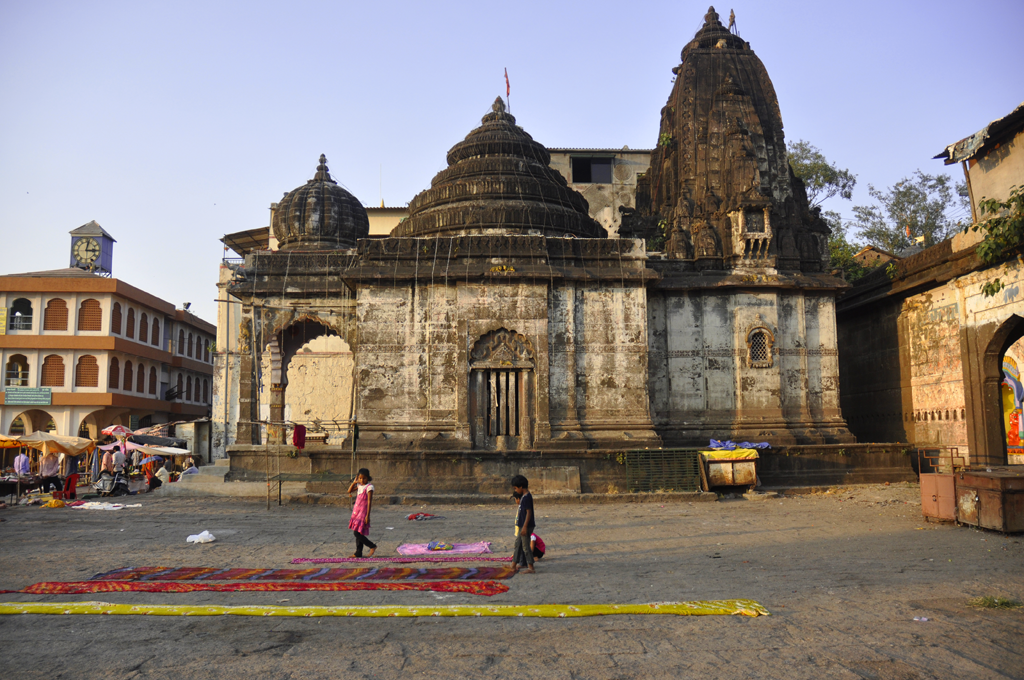 One of the many temples in Nashik, India

Nashik, an ancient holy city
When walking around in the city of Nashik it is easy to sense an ancient atmosphere, Nashik is an ancient holy city. Some archaeological sites state early human settling evidence from at least five years. It is a city of pilgrimage for many Hindus. The place is important for Hindu rituals for the afterlife offerings. It is also one of the four locations of the Kumbha Mela festival. The name of the Nashik has been changing since long time as per different rulers. It is believed the name 'Nashik' was derived after the incident in Ramayana when Lakshman, Sri Ram's brother, chopped off the nose of Surpanakha, Ravan's sister. One school of thoughts states that Nashik is combination of nava shikha - nine summits. It was also named as Gulshnabad by Muslim rulers which is immediately revolted by the residents. It was spelled incorrectly by British administration, as Nasik but eventually changed to Nashik as present. 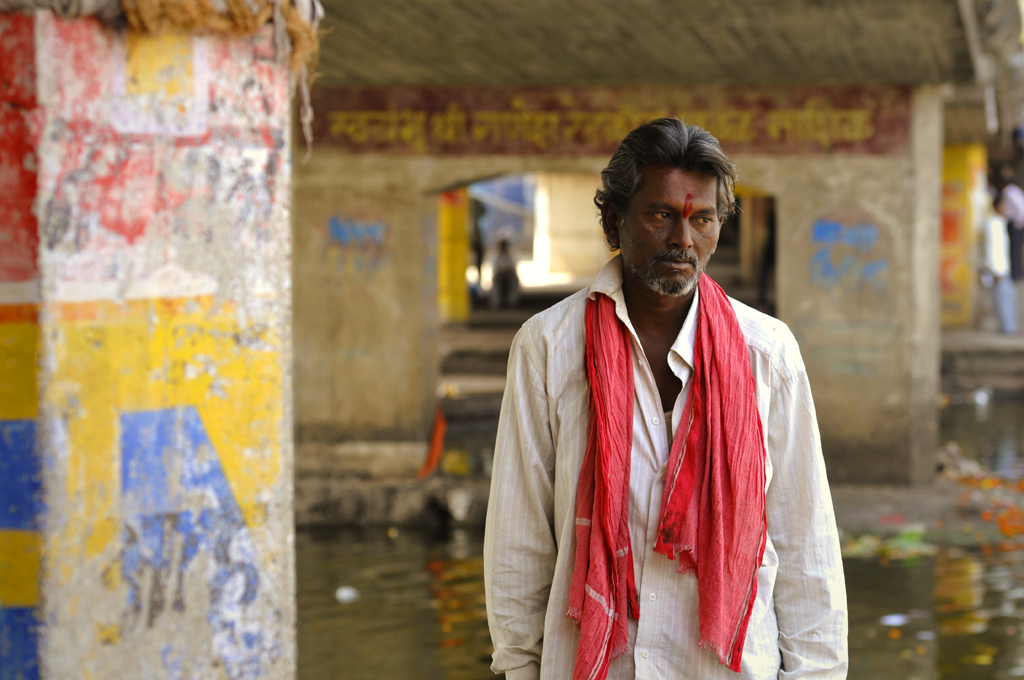 Nashik in India is a colorful visit for the traveler.

Trimbakeshwar Temple in Nashik, India
One of the oldest, and most significant temples in Nashik to see is a temple in black stone, which is called the Trimbakeshwar Temple. It is a great example of temple architecture in western India. The temple is a must-see for travelers interested in Indian architecture. The roads leading to the temple from Nashik were under construction and terrible, due to the rains, but one the roads are done this should not be a problem. The climb to the top of the hill, to where there Godavari river starts is worth it, as it give a great view of the valley. 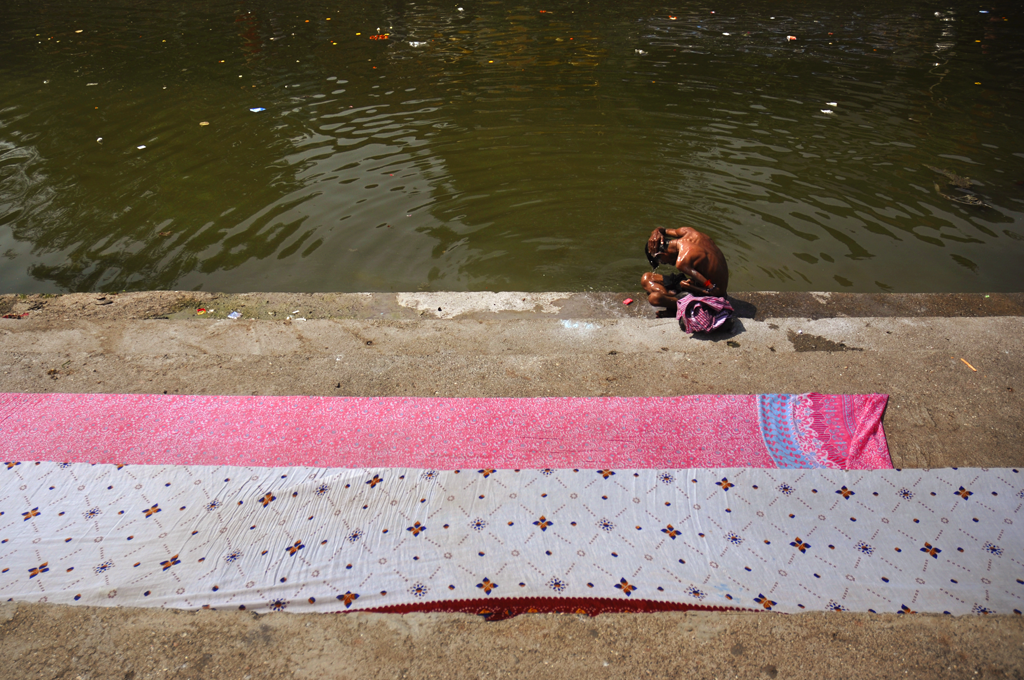 Sacred and holy water of the Godavari River in the middle of Nashik city.

Kumbh Mela in Nashik
Kumbh Mela is a mass Hindu pilgrimage of faith in which Hindus gather to bathe in a sacred river. It is considered to be the largest peaceful gathering in the world. Nashik is hosting one of the biggest gatherings of the world the Kumbh Mela, will be held in the city of Nashik in 2015. An estimated amount of 10 million people and pilgrims will be visiting the holy Ramkund Pond in Nashik during this Kumbh Mela. Many are already concerned about this year's Kumbh Mela location and in the news people are doubting with updated news headlines about the city of Nashik's capacity of hosting so many devoted pilgrims. Kumbh or Kumbh Mela, this hindu event may be one of India's most extrodinary photographic scenes to photograph as a travel photographer. Devoted holy men and colorful and smoking sadhus with beards and painted faces come to the Kumbh bathing in the holy lake and pond of Ramkund located in the central part of Nashik city. Many of the participating Kumbh Mela devotees will walk and cross the many bridges of Nashik during thein this night time photo. Nashik is a city in the western part of India in the state of Maharashtra and it is the ninth most populous city in India. 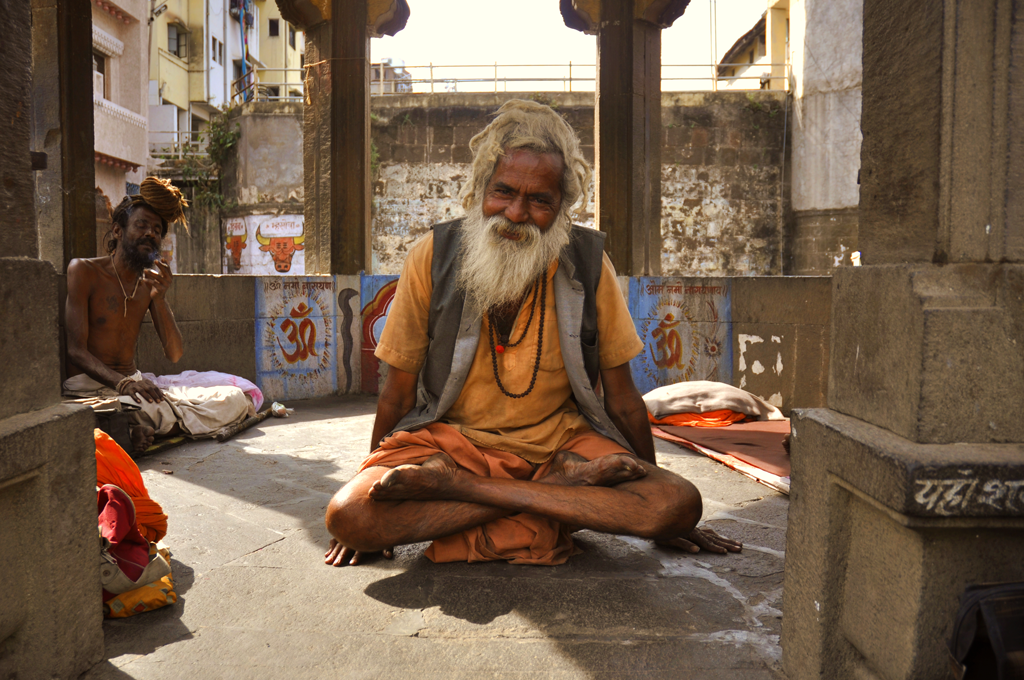 Sadhus, the holy men in India
There are a large number of sadhus in India today and they are widely respected for their holiness. Sadhus engage in a wide variety of religious practices. Some practice extreme asceticism while others focus on praying, chanting or meditating. There are two primary sectarian divisions within the sadhu community: Shaiva sadhus, ascetics devoted to Shiva, and Vaishnava sadhus, renouncers devoted to Vishnu and or his incarnations, which include Rama and Krishna. Less numerous are Shakta sadhus, who are devoted to Shakti. Within these general divisions are numerous sects and subsects, reflecting different lineages and philosophical schools and traditions often referred to as 'sampradayas'.

Ramkund Pond in the middle of Nashik city
Near the famous Ramkund Pond a lot of sadhus can be seen. The sadhus, India's wandering holy men, have renounced their worldly life, said goodbye to both their possessions and their families, and now lead a life of purity and devotion to their beliefs. There are 4 to 5 million sadhus in India today and they are widely respected for their holiness, and sometimes feared for their curses. It is also thought that the austere practices of the sadhus help to burn off their karma and that of the community at large. Thus seen as benefiting society, sadhus are supported by donations from many people. However, reverence of sadhus is by no means universal in India. Historically and contemporarily, sadhus have often been viewed with a certain degree of suspicion, particularly amongst the urban populations of India. Today, especially in popular pilgrimage cities, posing as a sadhu can be a means of acquiring income for non-devout beggars. 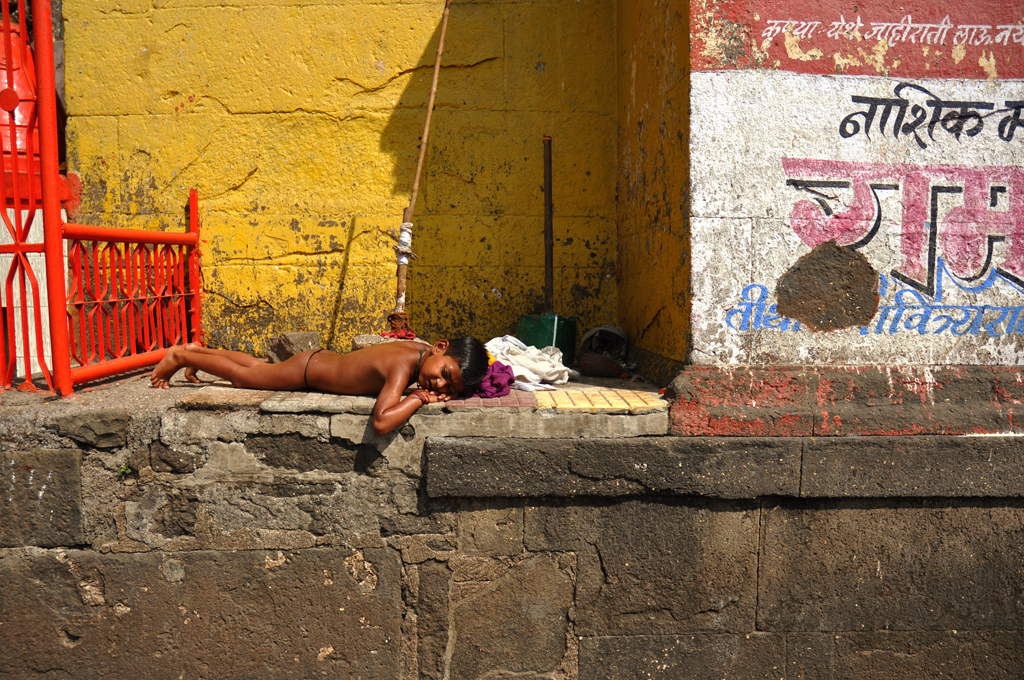 A boy is sunbathing near the Godavari River in Nashik, Maharashtra, India.

Travel photography from India
The photos from Nashik in Maharashtra, India are all part of the many travel photographs from Kristian Bertel's journeys to India. Kristian a dedicated travel photographer is photographer from Denmark who in his many series of Indian pictures has portrayed a country of many cultures and people. His work is often described as colorful and his portraits often described with the word 'sad'. "- I also see beauty in sadness", the photographer says. Kristian Bertel is a passionated travel photographer, who photograph life as he sees it through his lens. The work mostly consist of portraits, like in this blog post a portrait of the life in Nashik. "- To travel broadens my view of the world, where I get an insight look of how life is in different parts of the world", he says. His images from India have been shown online as photo essays - documenting many aspects of the daily life particularly in India. He works as a travel photographer and he is available for editorial and travel assignments all over Europe, Asia, Africa and in the Middle East. For further information and inquiries please:
Contact the photographer